This is a major new version with the following new features and improvements:

This is a subtle change, but has increased the playability of the game enormously. Now the enemy soldiers, standoff and try to get an interrupt, more often, rather than rushing in. It means that it's easier to defend buildings and the player can use a wider variety of strategy to defeat the enemy.

2) Detection of enemy by sound

If the enemy soldiers move near one of your squad, a red flashing circle appears where your soldier thinks he heard the enemy. Of coarse, the location is not exact. This makes it harder for the enemy to sneak up on your squad. Also, any soldier who has fired his weapon in previous turn will have a reduced hearing range. 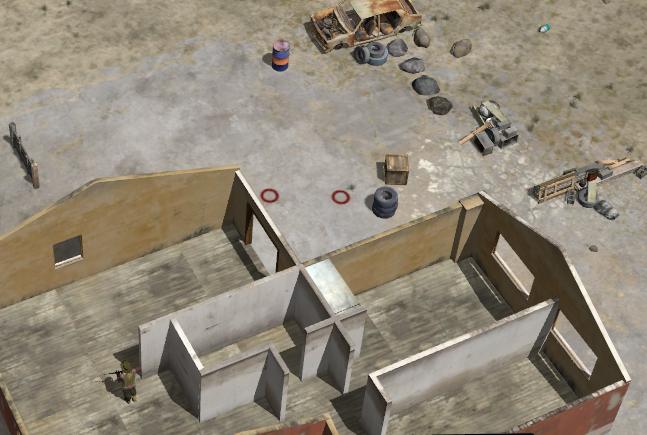 The enemy are now deployed mainly in buildings and guard posts. This makes easier to avoid bumping into the enemy before you have reached a good defence position.

4) Sale of excess equipment to allies

After you assist allied soldiers in a battle you have the option of selling them your excess equipment. The option is only available immediately after the battle.

We have added guard posts, new wall types and buildings and made the building textures inter-changeable. 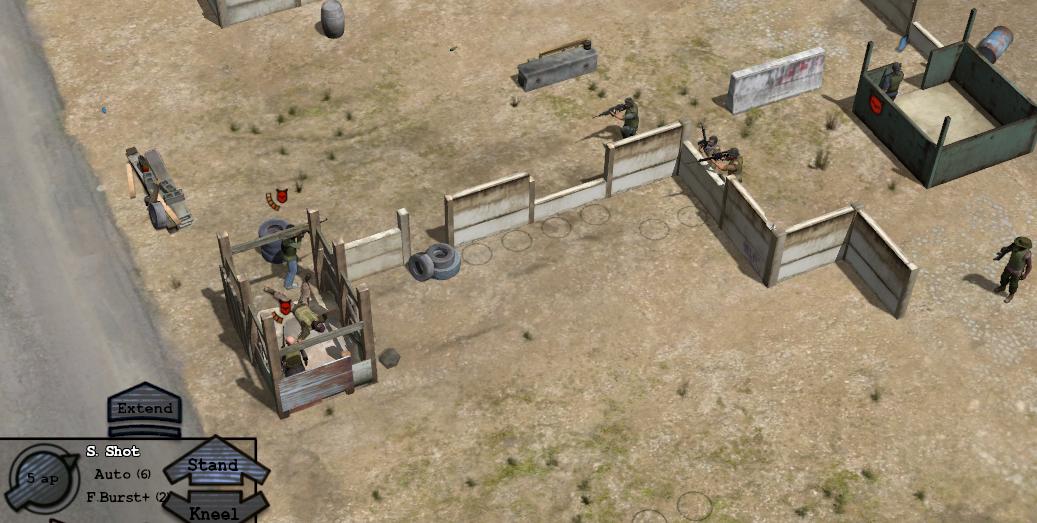 Commonly used functions can now be accessed by keyboard shortcuts:

These are the keyboard shortcuts on the map screen

Hi ! Would you release a PC Linux version please ?

I don't know how much work would be involved. It's a long time since I used Linux . I will look into it anyway.